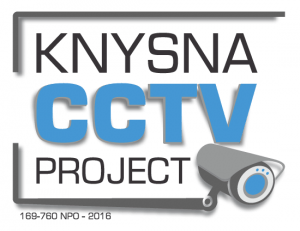 Due to the success of CCTV cameras installed in various residential areas, the CPF’s Sector 1 committee formed a steering committee, to begin the process of investigating the installation of CCTV cameras in Knysna•s CB□ and surrounding neighbourhood watch areas.

This initiative led to the formation of the KCCTV project, a nonprofit organisation (NPO) whose main objective is to conduct or promote the use of CCTV cameras, networking and monitoring, and other security devices in efforts to promote the protection and safety of the general public within greater Knysna.

KCCTV chairperson Mike Elliot said, “Our ultimate objective is to have a dedicated control room where incidents can be monitored and responded to. Our biggest challenge was to create a platform where the majority of the existing CCTV camera systems are compatible and to allow for further growth. This we believe has been achieved.”

He said the enthusiasm and cooperation from all the role players and partners in getting the project off the ground has been gratifying.

“It is hoped that all areas in the greater Knysna will be covered in the future. This will require funding from the municipality and the private sector,” concluded Elliot.

Britz said, “I have on many occasions mentioned that 2016 would be the year of the camera.”

In a gesture of support the CPF handed a donation of R2 000 to assist the KCCTV project.